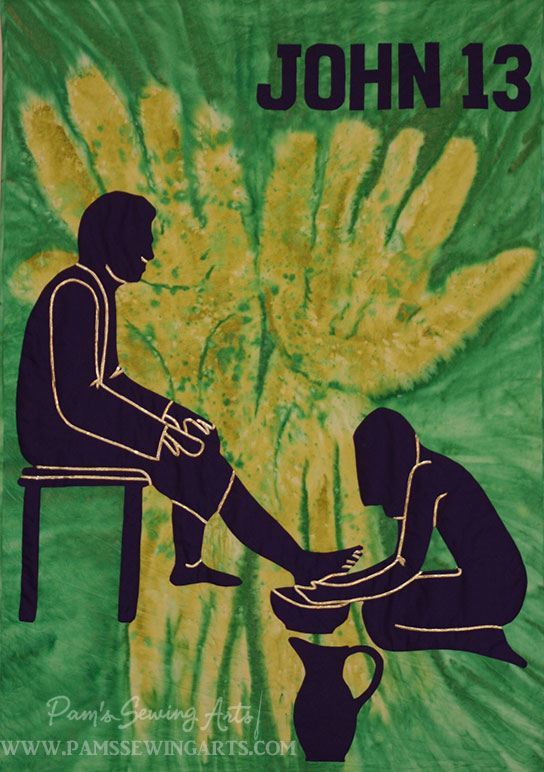 Foot: Feet symbolize God’s presence and also virtues of believers, including humility, willing servitude and submission. The washing and anointing of feet is an act of devotion, humility and cleansing. Feet are also a symbol of life’s pilgrimage. In addition, foot and feet are also used to symbolize the evangelists, messengers of God’s good news.

The Ewer (a large, uncovered metal pitcher) and basin are used for the washing of the celebrant’s hands at the Eucharist- a symbolic act of purification. A hanging towel with a basin is also symbolic of cleansing. The basin and towel are also symbols of the Passion, a reference to Pilate’s washing his hands, as well as to the disciples’ feet at the Last Supper.