This wonderful commission was all about family and their uncle who is 92. He is a big Dodger fan and the whole family went many times to games with him. Now that he has turned this age and can’t get out to the games anymore Kim decided to have this quilt made for him. 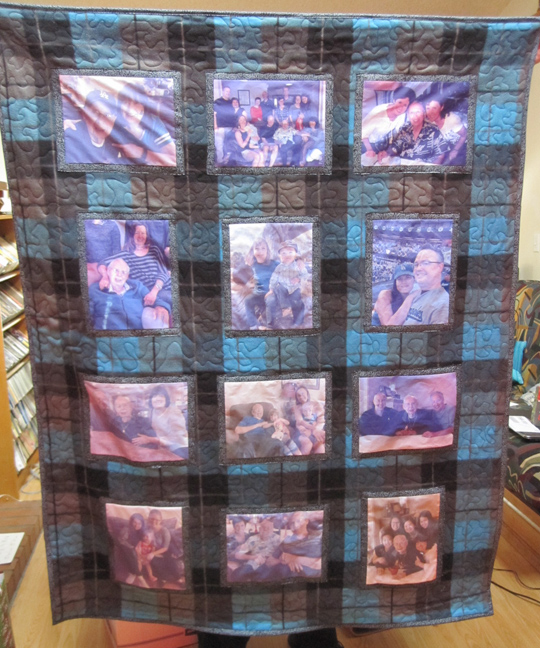 Kim sent me 21 pictures and decided that I would only use 12 of them. She had to make those decisions on which ones to not use. Kim also went to Joann’s to buy fleece on which to sew the pictures to even if she was really out of her comfort zone. She picked something that she would like for her uncle this plaid fleece and the deer fleece for the backing fabric. She even thought of her uncle about the wear around the edges of the quilt by putting the plaid around the outer edge of the deer fleece bringing it all together. 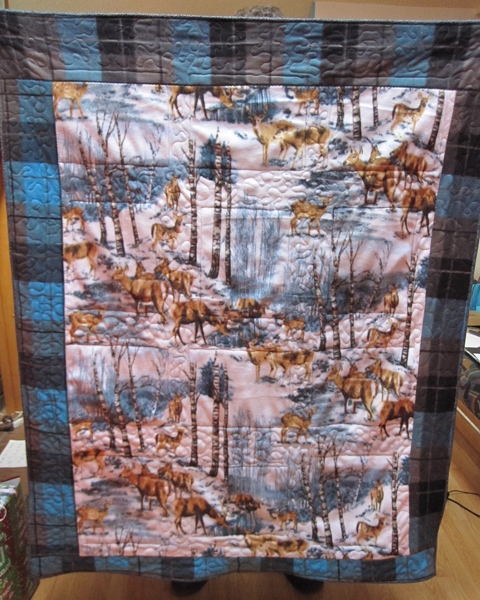 Now that I had the fabrics to get started it was how do you want the pictures attached? I suggested to I frame them with a fabric like a picture frame. Kim picked out this navy blue print and it worked beautifully for what she wanted. This made it easy to frame each of the pictures. 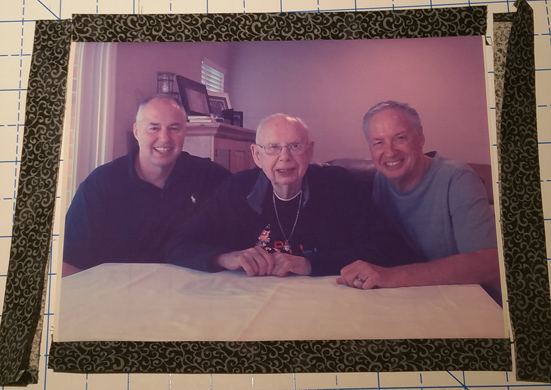 Now how to go about the order of each picture! With the spacing between each one and this is the part that took the most time! This surprised me because I thought this was the easy part. I do laugh at myself with this one. This piece is a lap quilt so that gave me the dimensions easy enough right. I cut on lines of the plaid t make it uniform and straight. Deciding on how much of the edge I wanted to show and worked from there to the center to figure out the spaces in between all of them. The pictures that went horizontal and the vertical played into this process. 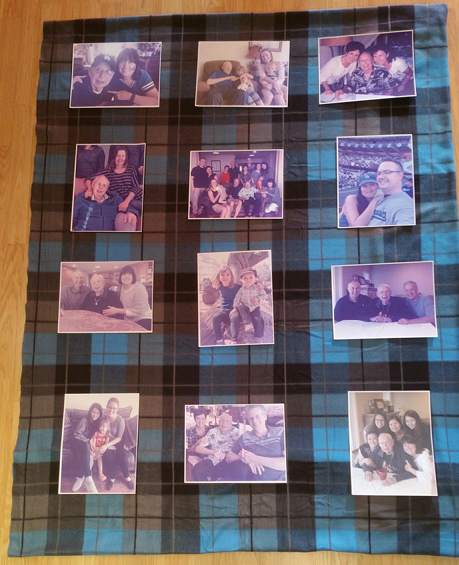 This picture was the main picture that she wanted to be the most prominent because it is of the whole family. It ended up in the center at the top for that reason. 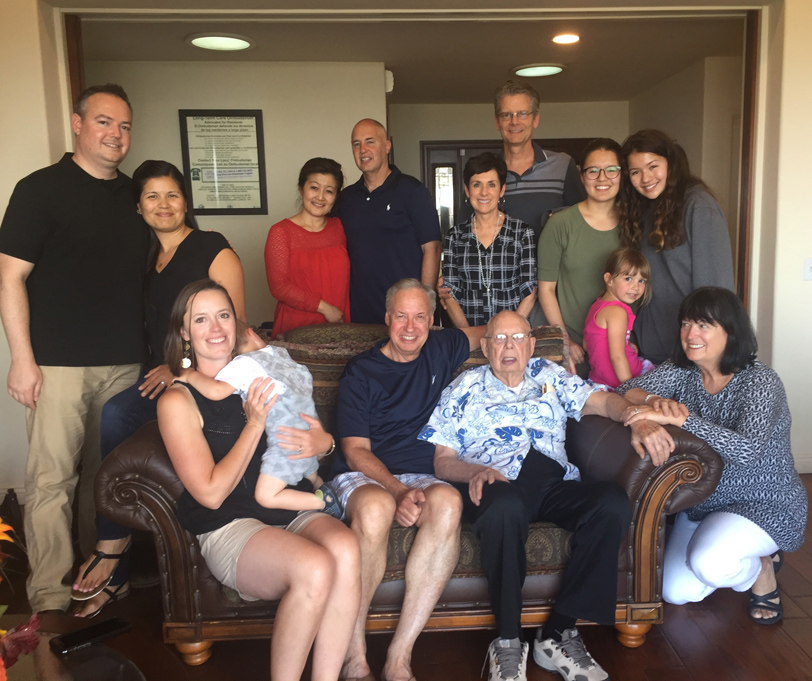 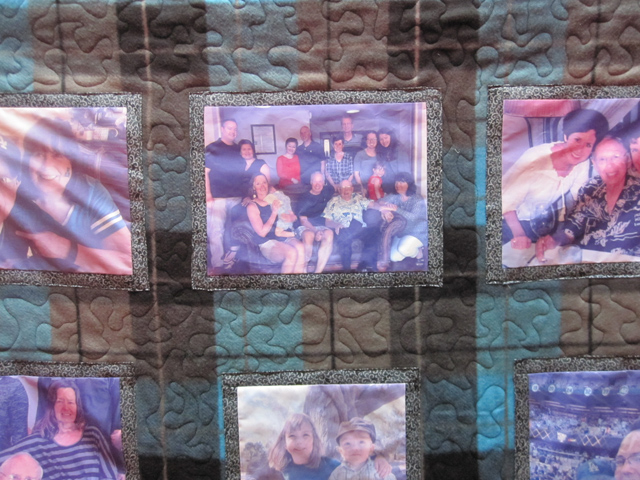 The reason I love to do these types of quilts or art pieces is the way they feel in the joy of receiving this gift! This is Kim with her Uncle. Kim with Uncle pic.
Until next time keep simply sewing arts!