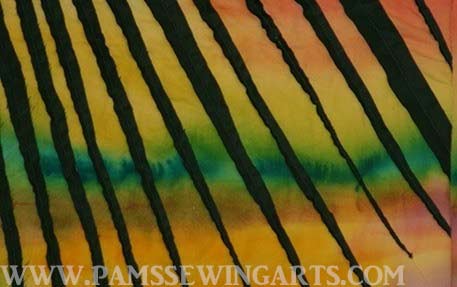 The background is hand painted and the lettering is die cut letters. The palm frond is quilted down with the hope there is some fraying to make it look more like a real palm leaf.
It is 4’ X 5’

The sunset symbolizes the end of Jesus’ life.

Palm: The palm began as a symbol of pagan victory, as can be seen from the design of some classical triumphal arches. But this motif was also used be Solomon in the temple he built. In the Christian era it became a symbol of the victory of faith over the suffering of martyrdom. It is closely tied to the entry of Christ into Jerusalem on Palm Sunday.

is defined in English dictionaries as “an exclamation of praise, acclamation or adoration.”

The old interpretation “Save, now!”

Underlying the English form is the Hebrew “hosha’ na,” which expresses a request for salvation. This precise form of the expression is not actually found anywhere in the Bible, nor does its meaning fit the dictionaries’ associations with praise or acclamation. 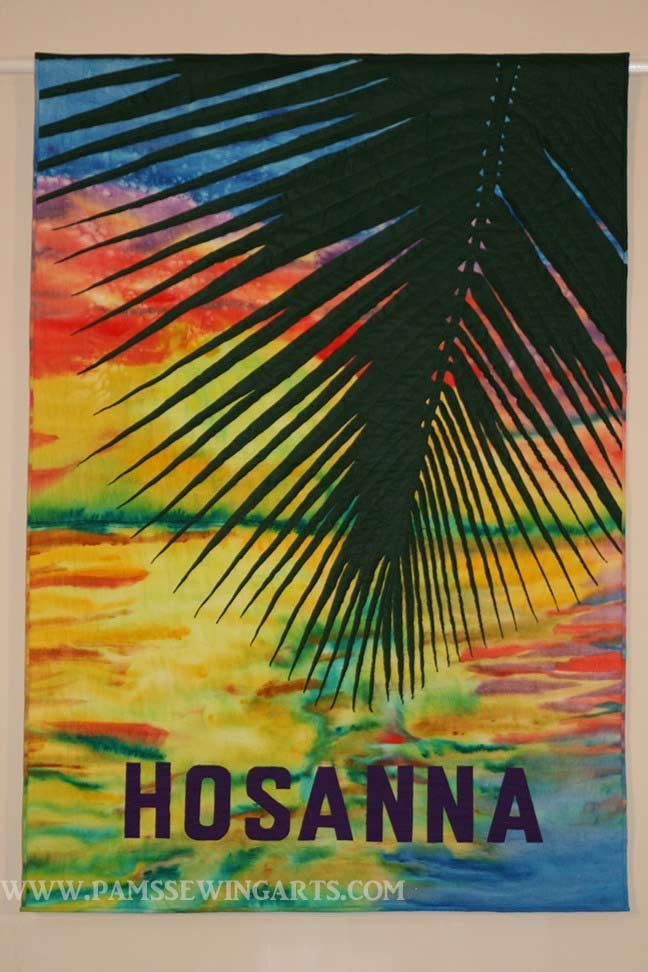