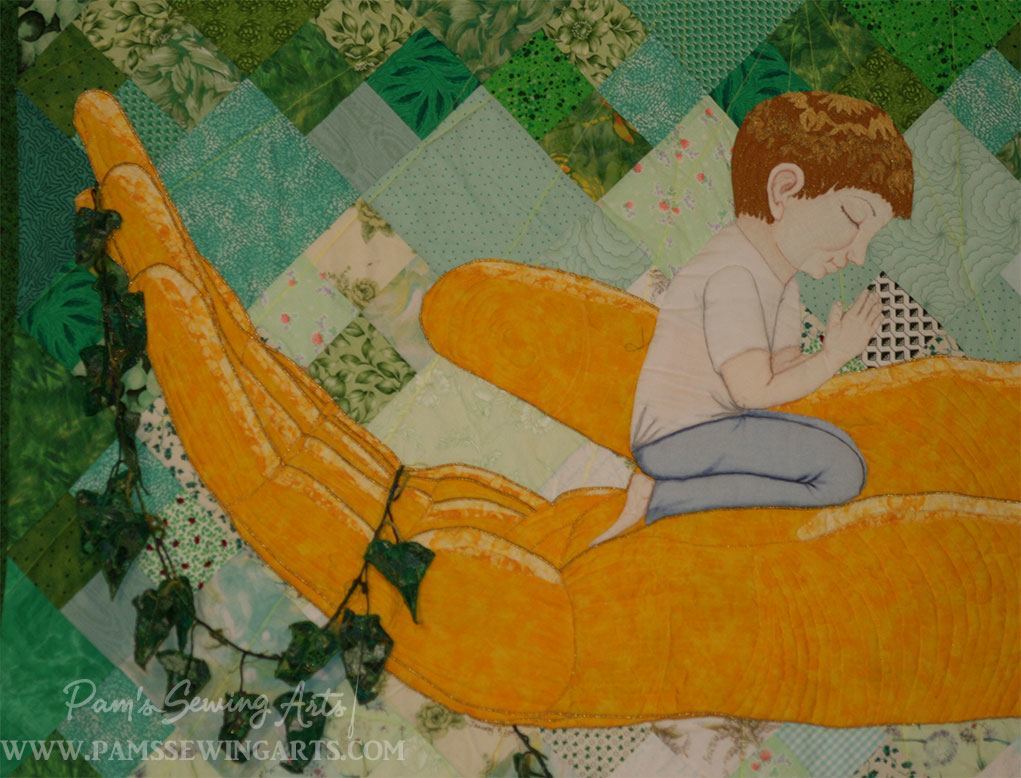 Green background is pieced together with the light squares are in the center to bring out the boy praying. I hand drew the physical features of the face and shadows of the clothing. The hair is rough cut fabric and then sewn down. The hand is machine quilted and machine raw edged appliqued. The ivy is snippets of fabric free motion machine sewn put between to pieces of Sulky Solvy and then cut out into the shape I wanted it to be. Solvy dissolves in water but before I put it in water I satin stitched the edges to give each leaf some body. I then hand attached each leaf to the “branch” of ivy and machine sewn down and under the hand. If you look really close at one of the leaves you will be able to see the background behind it. The laurel has heat bonding material between the two green pieces of fabric. I attached each leaf stem with a zigzag stitch. This is 5’ X 9’.

Green: is a liturgical color symbolizing growth, fertility, life, and hope. It is the color commonly used (for vestments, stoles, and altar and pulpit clothes) on the Sundays following Epiphany and leading up to Lent, and then again after Pentecost Sunday.

Gold and Yellow: These colors almost universally symbolize the sun as will as divine illumination, purity, immortality, and wisdom. In the Christian tradition, they are used primarily to represent purity, divinity, and kingship.

Ivy: is a symbol of faithfulness and enduring friendship because of its ability to cling. Medieval Christian symbolizes the eternal life of the soul after the death of the body because it clings to dead trees and continues to be green.

Laurel: because it is an evergreen, is a symbol of eternity. Artists, poets, philosophers, athletes, and conquerors received this symbol of honor and victory.

Sun: is a sign of God; the source of favor, honor, and all good things. The Sun is quilted into the top of the green background.

Four: is the primary number of earth, referring to the four corners of the globe and the four elements (earth, air, fire, and water). In scripture there are the Four Evangelists (Matthew, Mark, Luke, and John); the four major prophets (Isaiah, Jeremiah, Ezekiel, and Daniel). All of the squares have four sides.

Quatrefoil: is a decorative design that consists of a leaf having four foils, or lobes. Most often the figure is symbolic of the Four Evangelist, but it may also be used to symbolize anything in fours. There are four quilted in the background. 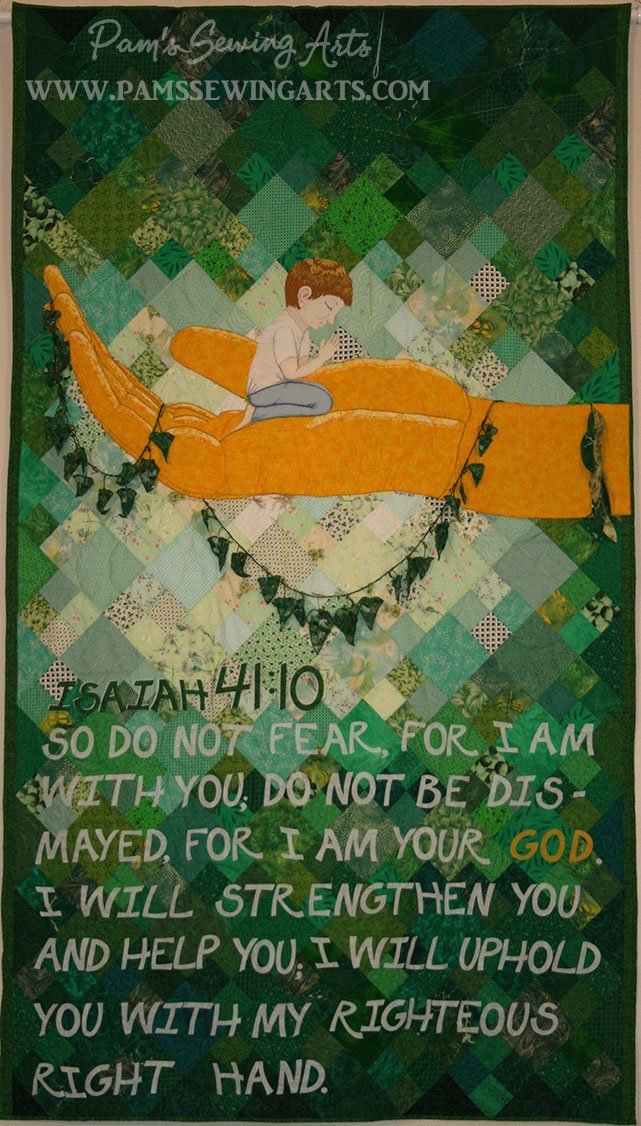